Skip to content
Empowering communities to prepare for cyclones

The Community Based Disaster Preparedness Programme used a pioneering approach of community-based disaster risk reduction, by mobilizing communities to become involved, equipping cyclone shelters and building people’s capacity to respond to a cyclone. The programme was run between 1996 and 2002 by the Bangladesh Red Crescent Society (BDRCS), with the technical and financial support of the German Red Cross. It focused on communities living within a 1.5km radius around 30 cyclone shelters (which had been built following the 1991 cyclone) in five subdistricts of Cox’s Bazar: Sadar, Moiscal, Kutubdia, Teknaf and Chakaria.

The impact evaluation was carried out in October 2009 by the German Red Cross, together with BDRCS, to assess the extent to which communities maintained disaster risk reduction activities some years on. The eight-member evaluation team visited ten of the 30 cyclone shelters and communities originally involved and carried out through interviews,
group discussions and physical observations.

Case Study
Namibia: Country Case Study Report / How Law and Regulation Support Disaster Risk Reduction
25 Sep 2014
Namibia is vulnerable to a range of natural hazards, especially drought and flooding. Flooding is an annually recurring event which is worsening each year, with the northern and northeastern regions being the worst affected. Drought is increasingly d...
Tags: Case Study, Disaster Law
Report
Comparative Review of The Pillowcase Project
14 Sep 2016
This report presents key insights and findings from a Comparative Review of The Pillowcase Project.  The study was led by Sustainability Frontiers and funded by the Global Disaster Preparedness Center (GDPC).  Beginning in January 2016, the researc...
Tags: Report, Youth Preparedness
Awareness material 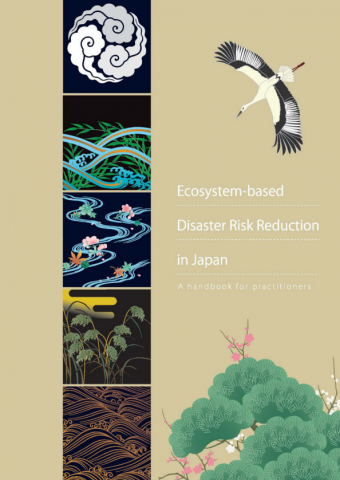 Eco-system Based Disaster Risk Reduction in Japan: a Handbook for Practitioners
31 Mar 2016
This handbook introduces some approaches to disaster risk management based on a symbiotic relationship between nature and humanity, and compiles basic information on practical matters for reference. It highlights some of the benefits and advantages o...
Tags: Awareness material, Capacity Building for Disaster Risk Management, Urban Risk Reduction