Skip to content
Dzud Disaster Financing and Response in Mongolia

The paper focuses on financing and institutional arrangements for dzud. It seeks to encourage a more coordinated, predictable, timely and targeted approach to dzud on the part of both the Government of Mongolia (GoM) and its development partners, based on an analysis of the 2009-2010 dzud response efforts. The paper also explores the scope for a shift in emphasis from ex post response triggered by wide scale loss of livestock to a system that has sufficient ex ante resources and capabilities to support much earlier interventions, thereby helping to avert high levels of loss. The response efforts were insufficiently timely as well, reflecting difficulties in predicting the dzud’s severity and, then, subsequent capacity and funding constraints. In consequence, certain windows of opportunity to alleviate potential impacts were missed. Moreover, there was a strong bias towards support for the livestock sector, particularly during the earlier stages of the crisis, to the detriment of human needs. There was limited loss of human life but even some of these losses could have been averted. Meanwhile, the dzud response efforts are unlikely to have prevented an increase in the incidence of poverty.

Guidance material
Communicable diseases following natural disasters: Risk assessment and priority interventions
20 Oct 2013
The Communicable Diseases Working Group on Emergencies (CD-WGE) at WHO/HQ has developed this document to describe the communicable disease risks in populations affected by natural disasters. It is hoped that this document, by detailing the priority m...
Tags: Guidance material, Communicable Disease, Community Risk Assessment
Case Study
Reducing risks in Nepal’s disaster-prone communities
12 May 2014
In Nepal, a successful community-based disaster preparedness (CBDP) programme has shown that, through increasing communities’ capacities, it is possible to reduce risks at the local level. This resource presents the intervention carried out by the ...
Tags: Case Study
Guidance material 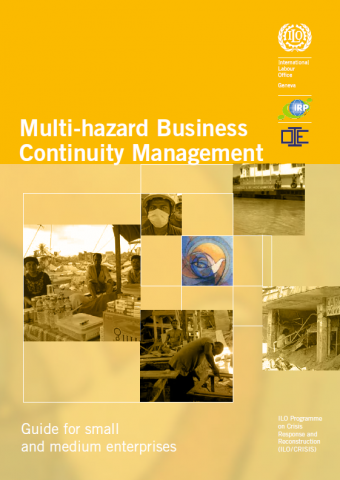