Aynur Kadihasanoglu November 2, 2018
American Red Cross (ARC) country office together with Vietnam Red Cross (VNRC) has been implementing Community Based Disaster Risk Reduction (CBDRM) Program, supported by USAID/OFDA funding since 2011 in Vietnam. Responding to increasing urban risk, particularly effects of climate change in cities, ARC and VNRC has agreed to shift the focus of the CBDRM program to urban areas in the second phase starting in 2013.

After a country level analysis three provincial cities of Quang Nam, Quang Ngai and Ha Tinh and a ward in Hanoi was identified as the program areas. Faced with the question of how we know which community is most vulnerable and why at a city scale ARC and VNRC undertook a comprehensive urban profiling study in four cities.

The purpose of urban profiling study was identifying the most vulnerable areas/ communities as well as opportunities to recognize and amplify existing resources for the benefit of the most vulnerable. Since this study was the very first urban analytical study, narrowing down from city to community level, external technical expertise was hired through a competitive process. The whole process, starting from tendering took eight months and included literature review, stakeholder consultations at the city/ward levels, capacity assessment of VNRCS and development of final reports.

This review provides a summary of lessons learned from the Urban Profiling exercise in Vietnam for benefit of other countries that is/will be going through the same process. The review which is done in April 2015 is based on the findings of the key informant interviews and one focus group discussion held with stakeholders in -Hanoi and Ha Tinh province, Vietnam.

City-level stakeholder consultation process required a change to a convener role for VNRC: The stakeholder consultation process as the first step proved to be very necessary as it helped set up relationship with the key city level stakeholders. Many provided critical information and data about the city that are otherwise not readily available to VNRC. The convener role that VNRC undertook during the process with the help of consultants was new to VNRC and some of the chapters had difficulties to adapt.

Access to existing data and information on disaster risk, spatial structures and resources, development plans proved to be critical and cost-effective for a city level analysis.  Choosing a consultancy team with connections and experience in urban context and with access to guarded data and information brought huge advantage in Vietnam case. Since traditionally VNRC chapters are not recognized as an urban actor and has limited experience in urban risk reduction and resilience programming, they did not feel confident to approach to local government’s technical departments. The process was an important learning experience for VNRC for collaborating with city level actors, especially local governments in the future.

The content and methodology of the consultations should be designed in a participatory manner to be relevant and responsive to the level of technical knowledge of the participant: The set of questions to interview the community members on subjects such as city planning strategy was found to be too technical. It is recommended to design the methodology and tools with the participation of local RC branch and the community leaders/members.

It was also recommended that the criteria for the selection of the local RC branches to participate in this kind of study should be agreed on beforehand, such as selecting chapters that has long time established relationship with and recognized by the provincial and city government. 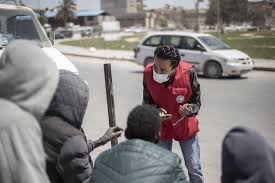 Covid-19 and Migration Update – Middle East and North Africa
26 Oct 2020
The Covid-19 pandemic continues to have a profound impact on the regional dynamics of migration and mobility, with profound health, social and economic consequences for the most vulnerable, including migrants, displaced populations and their communit...
Tags: Report, COVID-19 (Coronavirus)
Research
Typhoon Frank (Fengshen) 17th to 27th June, 2008
08 Mar 2016
Analysis of Typhoon Frank (Fengshen) which hit The Philippines from 17th to 27th June, 2008
Tags: Research
Guidance material, Report 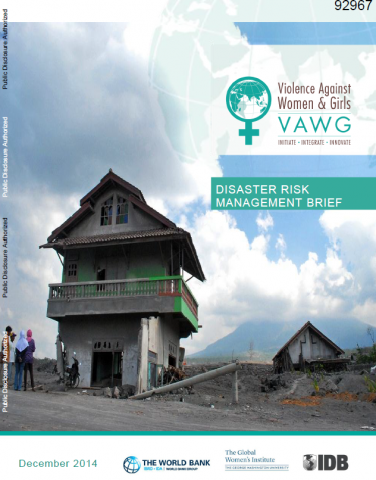