Location: Stann Creek, Belize
In September 2012, the Belizian Red Cross helped facilitate a group of community members and volunteers in Stann Creek District, Southern Belize, to produce a participatory video to inspire community preparedness in the context of climate change.
The community producers did 10 interviews in three different villages featuring local stories on disasters, the need to prepare, change and response, all in the context of climate change.
After editing the footage on a participatory approach, with the support of the local Red Cross team, the video was taken to Independence town, 100 Km South, for a community screening. After the film, there was a short debate on the lessons learned by the viewers. They understood quiet well that even though they had never suffered similar impacts, climate change is already happening and they better start getting organized and prepared.
A project by IFRC, facilitated by Proplaneta. 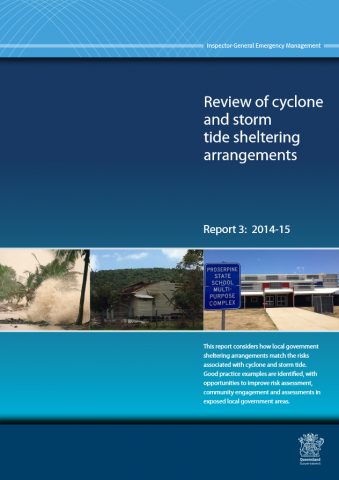 WMO statement on the status of the global climate in 2014
08 Apr 2015
This 2014 edition of WMO’s internationally recognized series provides an overview of the key climate events of the year and an in-depth analysis of regional trends as part of a WMO drive to provide more information at regional and national lev...
Tags: Report, Climate Change Adaptation
Video
NRRC Flagship 3: Flood Management in the Kosi River Basin
27 Apr 2014
Visit the NRRC at: http://www.un.org.np/coordinationmech…Follow the NRRC on Twitter: https://twitter.com/NepalDRRFollow the NRRC on Facebook: https://www.facebook.com/NepalDRR Flagship 3 of the Nepal Risk Reduction Consortium (NRRC) is coord...
Tags: Video, Flood
Video
Building capacities: Resource mobilisation in Asia and Pacific
25 Nov 2014
One of the main purposes of Red Cross and Red Crescent societies is to mobilize people and resources at community level to improve the lives of the vulnerable. In order to become locally sustainable, branches must expand the types of local resources ...
Tags: Video, Capacity Building for Disaster Risk Management