Karin.Me March 2, 2016
The briefing paper examines the adoption of the First Aid App by Red Cross National Societies under the Universal App Program. Specifically, it provides an outline of the program and the experiences of some of the National Societies in adopting the app in their local contexts.
Are you sure you want to delete this "resource"?
This item will be deleted immediately. You cannot undo this action.
Confirm Cancel

Report
Vulnerability and Capacity Assessment in the Maldives
01 Apr 2014
Case study and Guidance note to the VCA undertaken in Maduwaree and Meedhoo, Maldives in 2006.
Tags: Report
Case Study 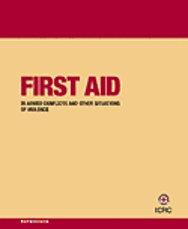 Case study 8 – Awareness-raising and education campaigns to strengthen resilience in four municipalities of the department of Madriz and the Northern Caribbean Coast Autonomous Region in Nicaragua
07 Mar 2015
In Nicaragua, Partners for Resilience (PfR) worked to reduce the risk of disaster in four municipalities of the department of Madriz that are in what is known as the Central American “Dry Corridor.” It also promoted the development and implementa...
Tags: Case Study, PAPE
Video
Disease Early Warning System in Pakistan
28 Nov 2014
Preventing disease outbreaks has been a vital role carried out by WHO during the 2009 humanitarian crisis in Pakistan’s North West Frontier Province.  This film looks at how WHO and its Health Cluster partners have used the Disease Early Warni...
Tags: Video, Communicable Disease, Early Warning Systems