Since 2006, local communities in the northeast of Syria have been facing severe drought, due  to high temperatures and low rainfall. The drought has led to desertification, as the dry conditions and sandstorms have swallowed up arable land and vegetation. This has had a particular effect on Bedouin communities, who live outside the cities in the semi-desert Badia area. In November 2009, the Syrian Arab Red Crescent carried out vulnerability and capacity assessments in two fo the most affected communities – Al Hasakeh and the city of Deir Elzour, focusing on sites in remote areas, and identified tree planting as a key activity that would help mitigate the effects of drought. Published in 2010. 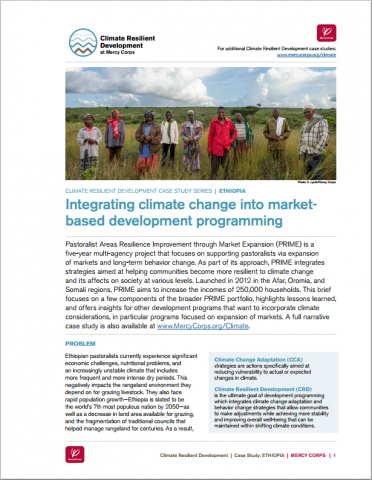