In Haiti, thousands of people live in anguish, unsure whether their relatives are buried under the rubble or alive and unable to communicate. In the first two weeks following the earthquake, Red Cross tracing teams offered over 2000 phone calls to survivors in the largest camps in Port-au-Prince, so they could get in touch with relatives abroad. Over 3000 people have posted a “safe and well” message on a special website (www.icrc.org/familylinks), while 22,000 persons are listed as unaccounted for.

Video
#actnow. Save Later
12 Dec 2014
Since the year 2000, almost 1 million people have lost their lives to disasters caused by natural hazards. 2 billion people have been affected. 1 trillion dollars in damage was caused. Every one dollar spent on preparing for disasters could save seve...
Tags: Video, PAPE
Video
Bangladesh climate change adaptation
21 Nov 2014
Community based success story in local level adaptation on climate change in Bangladesh.
Tags: Video, Climate Change Adaptation
Awareness material, Other type of resource 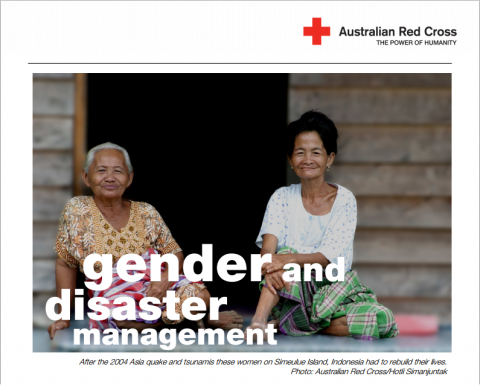 Here Are 10 Striking Images of Future Sea Levels
10 Jul 2015
An eye-openning look at how drastic climate change and rising sea levels can affect the most everyday and familiar sights we see.  You may have heard that the world could be in for 20 feet of sea level rise even if it meets its climate goal of keepi...
Tags: Awareness material, Other type of resource, Climate Change Adaptation, Flood