As national Governments struggle to address the scale of disasters and the increased preparedness needs at all levels, there has been a push for more proactive measures to be taken by local government. Over the last decade, the main disaster risk reduction actors as well as other organizations involved with local governments and community groups have developed a number of initiatives to try new approaches and enhance exchanges across regions.

“The United Nations Office for Disaster Risk Reduction (UNISDR) and its partners are working towards a sustainable urbanization by taking proactive actions. The Making Cities Resilient campaign launched in May 2010 addresses issues of local governance and urban risk. The Campaign is led by the UNISDR but is self-motivating, partnership and city-driven with an aim to raise the profile of resilience and disaster risk reduction among local governments and urban communities worldwide. As of June 2015, the Campaign works with 2551 cities globally, of which 650 local governments have conducted self-assessments using the LG-SAT, including 334 cities using these as the basis for urban development plans and decisions.”

Both the IFRC (with its MENA regional office based in Beirut) and the Municipality of Beirut are among the 18 organizations on the Campaign’s Steering Committee, as well as several of the main other organizations with related urban resilience initiatives, including the Rockefeller Foundation, UCLG, ICLEI and UN-Habitat, all of which have their own urban initiatives (see below).

“100 Resilient Cities—Pioneered by the Rockefeller Foundation (100RC) is dedicated to helping cities around the world become more resilient to the physical, social and economic challenges that are a growing part of the 21st century. 100RC supports the adoption and incorporation of a view of resilience that includes not just the shocks—earthquakes, fires, floods, etc.—but also the stresses that weaken the fabric of a city on a day to day or cyclical basis. Examples of these stresses include high unemployment; an overtaxed or inefficient public transportation system; endemic violence; or chronic food and water shortages. By addressing both the shocks and the stresses, a city becomes more able to respond to adverse events, and is overall better able to deliver basic functions in both good times and bad, to all populations.”

Of the 100 cities selected to be part of this campaign, 4 are in the MENA region: Amman, Jordan; Luxor, Egypt; Byblos, Lebanon; and Ramallah, Palestine. Byblos has already published its Resilience Strategy.

C40 networks aim to “facilitate dialogue amongst city officials. This builds trusted relationships, which in turn ensures that ideas, solutions, lessons, questions, and even friendly competition can flow freely and responsively to cities’ needs. Rather than end at a case study or report, C40 Networks create conversations, which enable cities to tailor their own actions to their unique situations, and band together to use their collective power to access partnership resources, including technical and financial support. The result is that cities’ climate actions to reduce GHGs and climate risks are bolder, more impactful, implemented faster, at a lower cost and with less resources than if they were to go it alone. No other organisation facilitates such deep connections amongst city staff across 50+ countries, 20 time zones and 26 languages to accelerate local action with major global impact.” It also develops case studies from the member cities.

The C40 network has 83 affiliated cities, of which three are in the MENA region (Cairo, Amman – who is also on the Steering Committee – and Dubai).

The World Urban Campaign (WUC) is an advocacy and partnership platform to raise awareness about positive urban change in order to achieve green, productive, safe, healthy, inclusive, and well planned cities. Its goal is to place the Urban Agenda at the highest level in development policies. It is coordinated by UN-Habitat and driven by a large number of committed partners – currently 136 partners and networks – from around the world.

The purpose of Urban Campaigns is to rally all Habitat Agenda Partners to the same cause: making cities liveable places for a sustainable future. Campaigns are meant to help catalyse the engagement of all partners that have the potential to articulate pressing urban issues, to propose solutions and commit to shared goals and actions towards Habitat III and beyond. Urban Campaigns help catalyse forward-thinking on positive urban development, solutions to urban challenges, and giving voice to people to change our urban future.

In the MENA region, Iran launched its urban campaign in October 2015. See here.

Other global initiatives around urban resilience:

“Six months after the successful Paris Climate Agreement, two of the world’s primary city-led climate change and energy initiatives, the EU Covenant of Mayors and the Compact of Mayors, announced the formation of a new, first-of-its-kind global initiative of cities and local governments leading in the fight against climate change. This single initiative will create the largest global coalition of cities committed to climate leadership, building on the commitments of more than 7,100 cities from 119 countries and six continents, representing more than 600 million inhabitants, over 8% of the world’s population.

–          C40 Cities Climate Leadership Group, with its own “Coalition for Urban Transitions” (see below);

–          ICLEI – Local Governments for Sustainability, a global network of more than 1,500 cities, towns and regions committed to building a sustainable future

–          United Cities and Local Governments (UCLG). See also UCLG’s Strategic Toolkit here. The Strategic Toolkit is a guide to building an agenda collaboratively. It explains the background and aims of the UCLG Global Agenda and guides the reader in contributing his or her experiences and ideas to the process. It explains how to gather the main ingredients for building a strong agenda and the importance of identifying the main narratives and counter-narratives that can be used to support or oppose it.

However, as of June 2016, only two cities in the MENA region are signed up to this Global Covenant of Mayors initiative (Amman, Jordan; and Dekwaneh, Lebanon).

“The Coalition for Urban Transitions is a major new international initiative to support decision makers to meet the objective of unlocking the power of cities for enhanced national economic, social, and environmental performance, including reducing the risk of climate change. The Coalition will provide an independent, evidence based approach for thinking about ‘well managed’ urban transitions to ensure that the growth of urban areas, and the accompanying process of economic, social, and environmental transformation, maximises benefits for people and the planet. This is the positive “urban transition” that the Coalition seeks.

“The Coalition will be hosted by the World Resources Institute (WRI) Ross Center for Sustainable Cities, and jointly managed by the C40 Climate Leadership Group and WRI with a dedicated delivery team. WRI Ross Center for Sustainable Cities works to make urban sustainability a reality with global research and on-the-ground experience in Brazil, China, India, Mexico, Turkey and the United States. The Ross Center has a dedicated set of over 200 experts working in over 50 cities globally to affect sustainable urban change. The C40, now in its 10th year, connects more than 80 of the world’s greatest cities, representing 600+ million people and one quarter of the global economy. Created and led by cities, C40 is focused on tackling climate change and driving urban action that reduces greenhouse gas emissions and climate risks, while increasing the health, well-being and economic opportunities of urban citizens. The current chair of the C40 is Rio de Janeiro Mayor Eduardo Paes; three-term Mayor of New York City Michael R. Bloomberg serves as President of the Board.”

No particular linkage to the MENA region, as neither organization has a significant footprint in the region. The initiative was launched in May 2016, see their presentation publication. 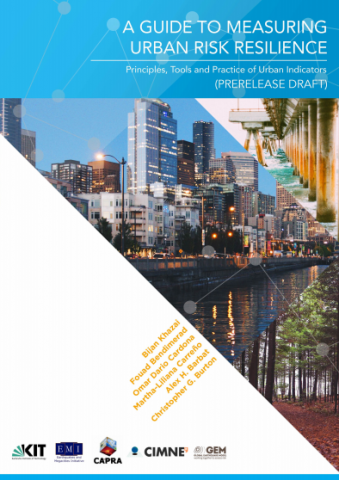