Location: Kriva Palanka, Former Yugoslav Republic of Macedonia.
In November 2012, the Red Cross of the Former Yugoslav Republic of Macedonia helped facilitate a group of community members and volunteers in Kriva Palanka to produce a participatory video to highlight their work with communities on climate change adaptation, disaster risk reduction and preparedness.
The community producers conducted interviews in different mountain villages featuring local stories on approaches to adapt to changes in the climate and the need to prepare.
After editing the footage on a participatory approach, with the support of the local Red Cross team, the Red Cross volunteers and the Kriva Palanka branch organized a special film screening on the local TV channel. The community producers gathered with other in a local café to watch life the transmission. After the video was broadcasted, some of the viewers were interviewed about their thoughts on the messages. They “learned a lot with messages made by local people like us”.
A project by IFRC, facilitated by Proplaneta.

Video
WATER AND SANITATION Getting the balance right
09 Jan 2015
Lack of access to water and sanitation and poor hygiene is one of the principal causes of death and disease worldwide. It also leads to loss of productivity and forms a major barrier to development. Globally, 2.5 billion people do not have access to ...
Tags: Video, Water, Sanitation & Hygiene (WASH)
Guidance material 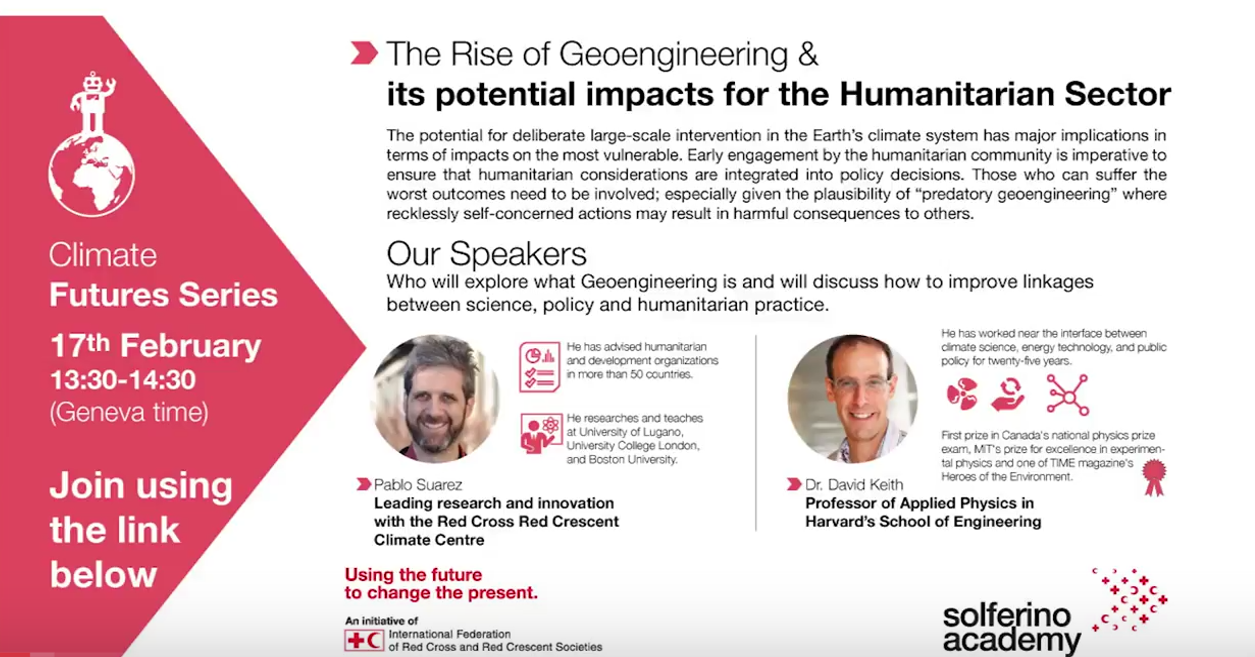 Climate Futures – The Rise of Geoengineering and its potential impacts for the Humanitarian Sector
21 Feb 2017
Recording of a webinar on geoengineering hosted by the IFRC. The webinar featured Pablo Suarez from the Red Cross Red Crescent Climate Centre and Dr. David Keith, Professor of Applied Physics at Harvard University’s School of Engineering. Sourc...
Tags: Guidance material, Climate Change Adaptation
Video
Namibia: Integrated Food Security Programme
03 Dec 2014
“The video gives an overview about the new disaster risk reduction initiative of the Namibia Red Cross which is focussing on integrated food security approaches. The programme was launched in 2011 and shows the National Society’s experien...
Tags: Video, Food Security