Skip to content
A region at risk: The human dimensions of climate change in Asia and the Pacific 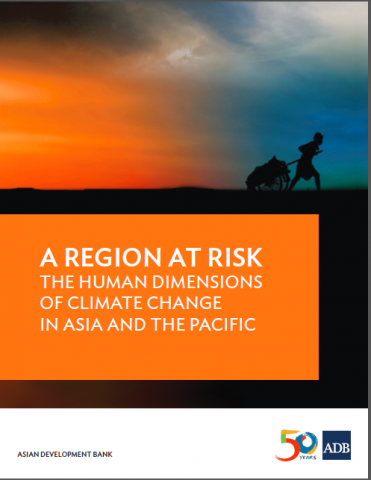 The Asia and Pacific region is extremely vulnerable to the impacts of climate change. Unabated warming could significantly undo previous achievements of economic development and improvements of living standards. At the same time, the region has both the economic capacity and weight of influence to change the present fossil-fuel based development pathway and curb global emissions.

This report sheds light on the regional implications of the latest projections of changes in climate conditions over Asia and the Pacific. The assessment concludes that, even under the Paris consensus scenario in which global warming is limited to 1.5°C to 2°C above preindustrial levels, some of the land area, ecosystems, and socioeconomic sectors will be significantly affected by climate change impacts, to which policy makers and the investment community need to adapt to.

However, under a Business-As-Usual (BAU) scenario, which will cause a global mean temperature rise of over 4°C by the end of this century, the possibilities for adaptation are drastically reduced. Among others, climate change impacts such as the deterioration of the Asian “water towers”, prolonged heat waves, coastal sea-level rise and changes in rainfall patterns could disrupt ecosystem services and lead to severe effects on livelihoods which in turn would affect human health, migration dynamics and the potential for conflicts. This assessment also underlines that, for many areas vital to the region’s economy, research on the effects of climate change is still lacking. It also highlights gaps in the existing knowledge pertaining to the impacts of climate change, and identifies avenues where research continues to be needed.

The findings of this report highlight the severity of consequences of unabated climate change in Asia. Because the coming decade is crucial for implementing adequate mitigation measures to deliver on the Paris Agreement, investments leading to a rapid decarbonization of the Asian economy have to receive high priority. At the same time, adaptation measures to protect the most vulnerable populations of the region need to be implemented. While pilot projects of renewable energy and technological innovation in urban infrastructure and transport need to spearhead this transformation, the consideration of mitigation and adaptation has to be mainstreamed into macro-level regional development strategies and micro-level project planning in all sectors. 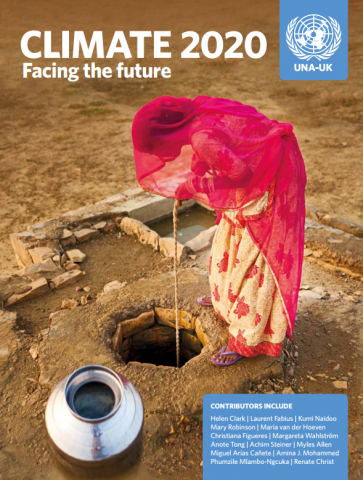 Acting Today For Tomorrow- Climate Resilient Pacific Islands
26 Jan 2015
Pacific island countries continue to be among the most vulnerable in the world: they combine high exposure to frequent and damaging natural hazards with low capacity to manage the resulting risks. Their vulnerability is exacerbated by poorly planned ...
Tags: Report, Climate Change Adaptation
Report, Research