Skip to content
Technology and the future of humanitarian action

The responsible use of technology offers concrete ways to make humanitarian assistance more effective, efficient and accountable and can, in turn, directly reduce vulnerability and strengthen resilience. Finding ways for advances in technology to serve the most vulnerable is a moral imperative; a responsibility, not a choice. This year’s World Disasters Report is a focus on technology and the future of humanitarian action.
For more information about the World Disasters Report 2013 and related Red Cross and Red Crescent work, visit http://www.ifrc.org/wdr2013.
You can also join our conversation about this year’s report on twitter #wdr2013. 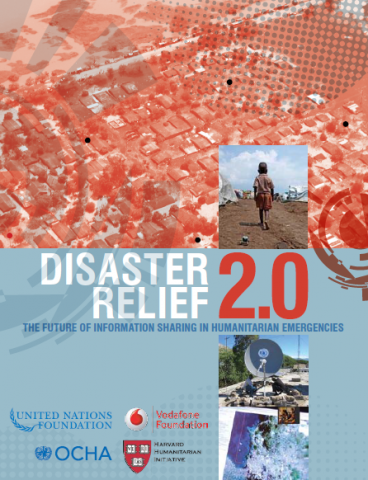 Disaster Relief 2.0: The future of information sharing in humanitarian emergencies
31 Mar 2015
After a large-scale disaster, there is always a massive effort to collect and analyze large volumes of data and distill from the chaos the critical information needed to target humanitarian aid most efficiently. But the response to the 2010 earthquak...
Tags: Report, Crisis Mapping, Crowdsourcing, Mobile Technology
Video
Adapting to Climate Change in South-West Bangladesh
21 Nov 2014
Lessons learned in Adapting to Climate Change in South-West Bangladesh.
Tags: Video, Climate Change Adaptation
Video
Mozambique floods
05 Jun 2015
The heaviest flooding in over a decade to hit southern Mozambique has affected almost 250,000 people and destroyed towns and livelihoods. The floods have claimed 113 lives, which is still far fewer than similar floods in 2000 when over 900 people die...
Tags: Video, Flood, Livelihoods