Skip to content
The human cost of natural disasters: a global perspective 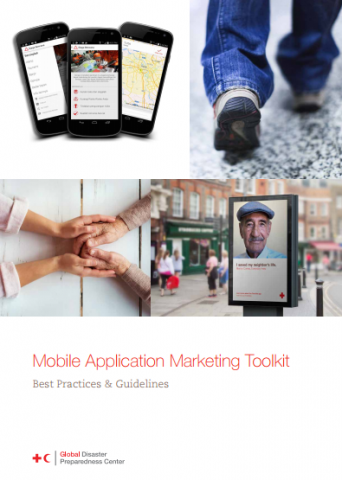 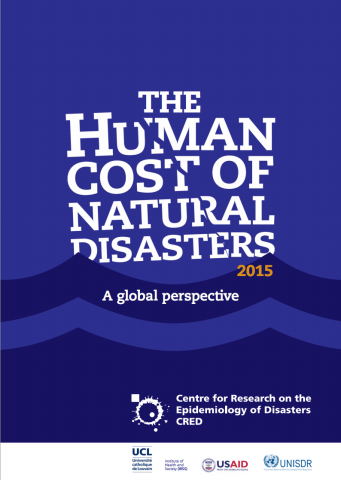 This report presents data about natural disasters impacts (human and economic) at world scale for the last 20 years. The analyses focus on trends and patterns of impacts and how these vary regarding the income level or the geographical location. Based on the analyses, conclusions and action points were drawn to raise the awareness and frame the debate for the next steps that need to be done in disaster risk reduction.

The report is based on EM-DAT data from the period between 1994 and 2013, which includes 6,873 natural disasters worldwide, which claimed 1.35 million lives or almost 68,000 lives on average each year, and affected 218 million people on average per annum during this 20-year period.

The review brings a number of conclusions on the human cost of disaster. One of the findings is that population growth and patterns of economic development are more important than climate change or cyclical variations in weather when explaining the upward trend. Today, not only are more people in harm’s way than there were 50 years ago, but building in flood plains, earthquakes zones and other high-risk areas has increased the likelihood that a routine natural hazard will become a major catastrophe. EM-DAT data also show that flooding caused the majority of disasters between 1994 and 2013, accounting for 43% of all recorded events and affecting nearly 2.5 billion people, and that storms were the second most frequent type of disaster, killing more than 244,000 people and costing US$936 billion in recorded damage.

Earthquakes (including tsunamis) killed more people than all other types of disaster put together, claiming nearly 750,000 lives between 1994 and 2013. Tsunamis were the most deadly sub-type of earthquake, with an average of 79 deaths for every 1,000 people affected, compared to four deaths per 1,000 for ground movements. This makes tsunamis almost twenty times more deadly than ground movements.

Drought affected more than one billion people between 1994 and 2013, or 25% of the global total. This is despite the fact that droughts accounted for just 5% of disaster events in this period. Some 41% of drought disasters were in Africa, indicating that lower-income countries are still being overwhelmed by drought despite effective early warnings being in place.

In absolute numbers, the USA and China recorded the most disasters between 1994 and 2013, due mainly to their size, varied landmasses and high population densities. Among the continents, Asia bore the brunt of disasters, with 3.3 billion people affected in China and India alone. If data are standardized, however, to reflect the numbers of people affected per 100,000 head of population, then Eritrea and Mongolia were the worst-affected countries in the world. Haiti suffered the largest number of people killed both in absolute terms and relative to the size of its population due to the terrible toll of the 2010 earthquake.

While disasters have become more frequent during the past 20 years, the average number of people affected has fallen from one in 23 in 1994-2003 to one in 39 during 2004-2013. This is partly explained by population growth, but the numbers affected have also declined in absolute terms. Death rates, on the other hand, increased over the same period, reaching an average of more than 99,700 deaths per year between 2004 and 2013. This partly reflects the huge loss of life in three megadisasters (the 2004 Asian tsunami, Cyclone Nargis in 2008 and the 2010 Haitian earthquake). However, the trend remains upward even when these three events are excluded from the statistics.

Centre for Research on the Epidemiology of Disasters (CRED), 2015

The human cost of natural disasters: a global perspective
http://www.preventionweb.net/files/42895_cerdthehumancostofdisastersglobalpe.pdf 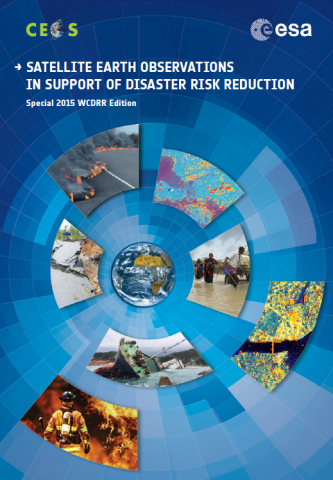 Satellite Earth Observations in Support of Disaster Risk Reduction – Special 2015 WCDRR Edition
25 Mar 2015
This report has been compiled in support of the 2015 WCDRR to introduce and promote the use of satellite EO in support of DRR. The report highlights some of the unique capabilities of satellite EO, though often combined with other data sources, a...
Tags: Case Study, Report, Early Warning Systems, Risk Assessment
Video
Ready To Respond
05 Jun 2015
Following the 2004 Indian Ocean Tsunami, the Red Cross worked with local communities and schools to establish local early warning and evacuation systems. Disaster preparedness remains an important part of the schools curriculum and disaster simulatio...
Tags: Video, Tsunami
Case Study 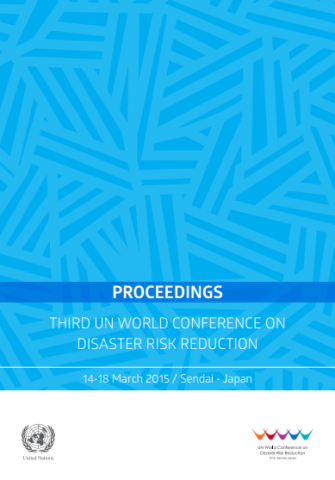 Case study 3 – Community micro-projects improve the livelihoods of rural families in Madriz, Nicaragua
07 Mar 2015
The Partners for Resilience (PfR) put their integrated approach and vision of community resilience into practice to improve the livelihoods of rural communities in Nicaragua. In the municipalities of San Lucas and Las Sabanas, their micro-projects co...
Tags: Case Study, Drought, Flood, Landslide, Livelihoods, Resilience