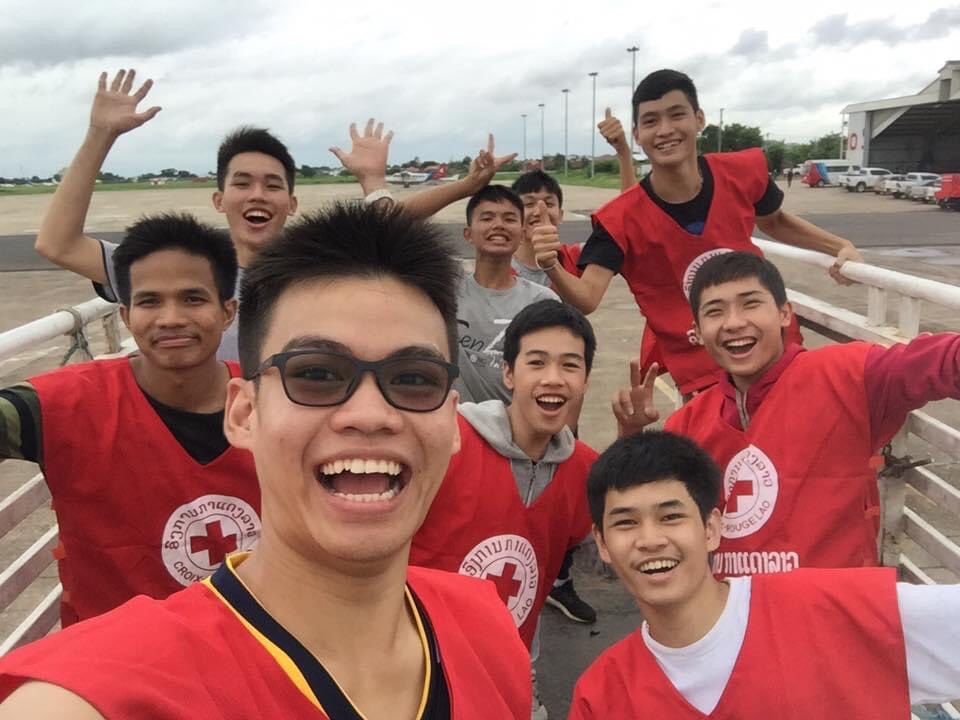 Funded by Zurich Flood Resilience Alliance, Asia Pacific Disaster Resilience Centre (APDRC), Korean Red Cross and Japanese Red Cross; the Small Grants are an opportunity for National Societies and Youth Volunteers to leverage and operationalize learning in urban community resilience at the country level, document it, and share it with the Urban Hub Network and beyond.

This year, the Small Grants will support initiatives in 2 specific areas:

Join us in following the below National Societies and Youth awardees achievements and learnings over the coming months:

The 2015 adoption of the unitary federal political system in Nepal localized power to the municipal level. This important shift strengthened the role of municipalities as leaders in disaster risk reduction; however, many gaps remain. For example, not all municipalities have disaster risk management policies, strategies or plans to address Nepal’s natural hazards.

Such is the case in the City of Banepa, which is crossed by the Punymata River and highly affected by floods every year. Despite the situation the municipality does not have a flood management plan.

Through the Small Grants initiative Nepal Red Cross will support the City to identify flood risk, facilitating a city-wide flood risk assessment, with the municipality and community-level assessments in high-risk areas to enhance urban flood resilience at the city and community level.

As part of the project Nepal Red Cross will work closely with Kathmandu University and youth volunteers to generate GIS flood hazard maps as well as raise awareness among the city dwellers on urban flood risk. A key component of the project includes connecting high-risk communities to the formation of city-wide flood management plans at the city level.

In 2020 Vanuatu, classified as the most vulnerable country in the world. Faced with not only the impacts of the COVID-19 pandemic, but also Tropical Cyclone Harold, the near constant eruption of the Mount Yasur volcano in Tanna, the past year   challenged the country’s development, and severely affected the youth as they find themselves unemployed due to the worsened socio-economic conditions.

According to Youth Volunteer Officer, Jessica Binihi, “In urban areas, rapid, unplanned growth is increasing the number of people exposed to disasters, diseases, and the impacts of climate change. The urban poor bear the brunt as those living in high-risk areas with limited resources to protect themselves. VRCS volunteers must have the knowledge and capacity to understand the urban context and take action to foster community resilience with climate-smart solutions”. 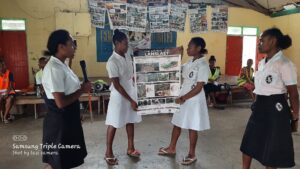 VRCS aim to address some of these challenges by supporting the South Pacific Y-ADAPT roll out in high-risk areas of three cities: Port Vila, Lenakel and Luganville, home to 20% of the total population and vulnerable to tropical cyclones, storm surges and communicable disease.

In this critical situation enhancing the resilience of urban communities to adapt and persevere in times of crisis.is crucial, and Vanuatu Red Cross Youth have developed a vision and plan of action to achieve transformative change.

By building on the ongoing “International Youth Cooperation Project (IYCP)” for school-based DRR in four provinces in the country supported by the Japanese Red Cross Society, Small Grants funding will further train IYCP volunteers in schools as well as Branch youth volunteers on Y-Adapt tools. Youth will gain knowledge on how to address climate change challenges in their communities, building resilience to the risks they face. They will be able to lead resilience actions and raise awareness locally with existing local government partners, national and provincial government agencies.

The project will improve capacity of Vanuatu Red Cross at the local branches and national level, by building skills and confidence to engage on climate change activities, support increased visibility and motivate youth volunteers thus helping to build a stronger and well-trained urban volunteer base who can act on building urban community resilience in the long term. 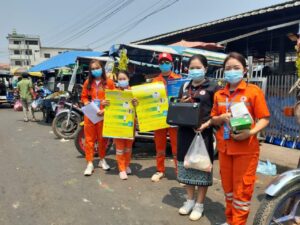 Lao PDR is amongst the most vulnerable countries to climate change trends as its communities are highly exposed to climate-related hazards. 1 According to the Asian Development Bank, the number of people affected by flooding is expected to double by 2030, and extreme heat events will increase in frequency and intensity. Moreover, increased and unplanned urbanisation exacerbates the risk for city dwellers. In this context, community-led resilience efforts are vital to reduce the possible impacts of climate change and enhance resilience on the most vulnerable communities.

Since 2016, Lao Red Cross Youth have been strengthening youth engagement across the country, with first aid and Youth as Agents of Behavioral Change (YABC) and Youth in School Safety (YSS) training for Disaster Risk Reduction.

Harnessing the power and skills of youth, LRC Youth will pioneer a contextualized and adapted version of YSS with newly added climate change training elements from Y-ADAPT for tailor made, youth-led disaster risk management and climate change adaptation in 4 districts of the capital city of Vientiane.

In the words of LRC Youth Leader, Phoudthasin Sayaetha , “Since Covid-19 has come to Laos, the youth in Vientiane capital were the main group to lead other groups across the provinces. This project will create and strengthen LRC Youth’s provision of support to raise awareness; We think that these tools will help the youth adapt themselves in the ‘new normal’ situation now, which includes globalization, climate change and natural hazards, which have holistically thus far not been addressed by youth here”.

This initiative will allow volunteers to become agents of change, and have the necessary tools to lead concrete actions at the community level to enhance urban community resilience. 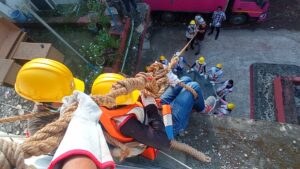 Due to the frequency of natural hazards in Bangladesh, disaster risk management education has been a key priority for BDRCS youth volunteers. Nowadays, Bangladesh Red Crescent mobilizes 720,800 youth volunteers at the community level in different areas such as First Aid, Search & Rescue, leadership, Disaster Response, Gender & Inclusion & Behavioral change. In order to accelerate Red Crescent Youth activities, the Ministry of Education of the Government of Bangladesh has embedded Red Crescent Youth in all the educational institutions as core curriculum across the country’s schools since 2009. However, climate change education has not been a major area to work thus far. Bangladesh Red Crescent Youth (BDRCS RCY) aim to change this – at scale.

By using the Small Grant, BDRCS RCY will create the first ever Youth Climate Resilience Team in Bangladesh Red Crescent history, led by youth volunteers, for institutionalized climate youth-led urban action. Branches will be selected and trained on contextualized Movement climate and DRR resources, including the Climate Training Kit and Urban Action Kit.

As stated by Fahad Rahaman Azhor, Member of BDRCS National Youth Commission: “The youth volunteers of BDRCS feel the urge to act up now to tackle climate change impacts in their community. That’s why popularising climate education among the youths of BDRCS is highly needed. We thank the Urban Hub Small Grants Selection Committee for taking a chance on us and providing us with this opportunity. Collaborative measures like this will help us tackle climate change in real-time.“

On behalf of the Urban Hub Small Grants Committee, we look forward to sharing these ambitious urban resilience activities and learnings with the Hub community over the coming months, Watch this space!