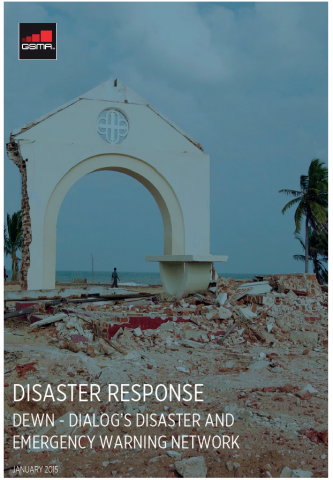 On December 26th 2014, the tenth anniversary of the Indian Ocean Tsunami, Sri Lankan Mobile Network Operator Dialog unveiled version 2 of is Disaster and Emergency Warning Network; DEWN v2. Developed in the aftermath of the 2004 disaster, DEWN v1 utilised the growing mobile penetration rates in the country and built a system to fully utilise the capability of mobile communication to form an early warning network. This report provides an overview of the DEWN system, from conception through to its on-going development.

Report
CAP Workshop 2020 Open Broadcaster
03 Sep 2020
This is the presentation by Rob Hopkins and Vincent Maggard on 29 September, 2020, at the CAP Implementation Workshop hosted by ITU as a video conference.
Tags: Report, Early Warning Systems
Report
Vulnerability and Capacity Assessment in the Maldives
01 Apr 2014
Case study and Guidance note to the VCA undertaken in Maduwaree and Meedhoo, Maldives in 2006.
Tags: Report
Case Study
Making Child Friendly Cities through School Safety: A Case Study
12 Aug 2014
So much is said about future of cities and yet city planning is not done by those who have a long future: children. This is odd. The 108th issue of Southasiadisaster.net is titled ‘Children in Urban Space: Making Child Friendly Cities’ highlights...
Tags: Case Study, Urban Planning, Urban Risk Reduction