A humanitarian response in an urban context must not only meet the immediate needs of affected populations, but also foster recovery and sustainable development in the aftermath of a crisis so that people and the city are safe, healthy, educated, economically empowered and able to cope with future shocks and stresses. This should include new models of funding, coordination and delivery – and a move away from sector-based and short-term objectives.

Report
The Human Cost of Natural Disasters
17 Feb 2016
Between 1994 and 2013, EM-DAT recorded 6,873 natural disasters worldwide, which claimed 1.35 million lives or almost 68,000 lives on average each year. In addition, 218 million people were affected by natural disasters on average per annum during ...
Tags: Report
Report 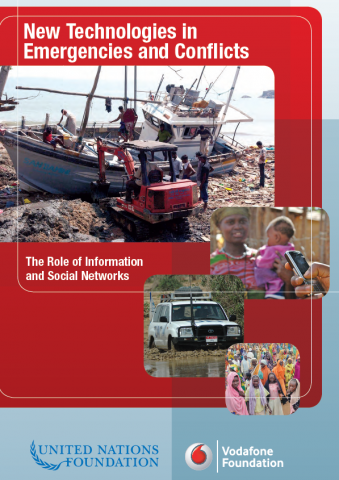 New technologies in emergencies and conflicts
02 Apr 2015
A look at the use of communications technology during disasters in recent years shows that while it has played a positive role, its full potential has not yet been realized. Moreover, governments, humanitarian agencies, and local communities face ch...
Tags: Report, Communication As Aid, Crisis Mapping, Crowdsourcing, Early Warning Systems, Mobile Technology
Report
Vulnerability and Capacity Assessment in Antigua and Barbuda
01 Apr 2014
Case study of the VCA undertaken in Bendals, Antigua and Barbuda, 2010
Tags: Report, Flood