renata.barradas September 25, 2014
This report begins by considering the extent to which disaster risk reduction (DRR) is main streamed into the disaster risk management laws and institutions in Madagascar. It identifies key laws and regulations in the area of disaster risk management (DRM), especially those applicable nationwide. It finds that these legal frameworks currently focus more on response and recovery than on prevention and DRR. Legislation also provides for DRM bodies at all levels of government administration, including at the community level, although the establishment and effective functioning of these bodies remains a challenge, due in particular to a lack of resources. Hence, although, at a practical level, Madagascar has made considerable progress in preparedness through implementing early warning systems, and many community-level projects are building DRR capacity at the local level, they are not yet well supported by legislative mandates.
The report also finds that, in terms of national institutional frameworks for DRR, there has been some overlap between the mandates and practical involvement of two key national DRM bodies, namely the National DRM Coordination Office (the “BNGRC” for the French, Bureau National de Gestion des Risques et des Catastrophes) and the Unit for the Prevention and Management of Emergencies (the “CPGU” for the French, Conseil National de Gestion des Risques et des Catastrophes). Practitioners reported that this had caused some confusion as to which agency should be approached concerning particular aspects of DRM, especially with regard to DRR issues. However, subsequent to the country mission, steps have been taken by the government to clarify these institutional mandates at national level. The overlap does not persist at the sub-national levels, as only the BNGRC has
administrative structures at these levels.
International Federation of Red Cross and Red Crescent Societies
Are you sure you want to delete this "resource"?
This item will be deleted immediately. You cannot undo this action.
Confirm Cancel 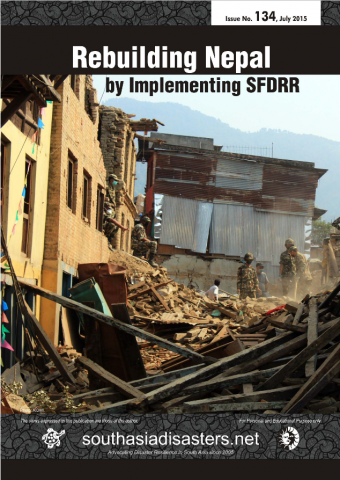 Rebuilding Nepal by implementing SFDRR
18 Sep 2015
Disaster recovery in Nepal presents a wide range of challenges. Donor assistance in Nepal can be more effective if made in accordance with the new international framework for Disaster Risk Reduction, the Sendai Framework for Disaster Risk Reduction 2...
Tags: Case Study, Report, Earthquake
Research 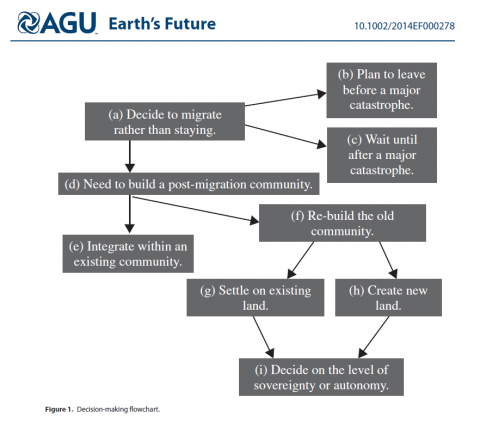 Difficult Decisions: Migration from Small Island Developing States under Climate Change
24 Jun 2015
The impacts of climate change on Small Island Developing States (SIDS) are leading to discussions regarding decision-making about the potential need to migrate. Despite the situation being well-documented, with many SIDS aiming to raise the topic to ...
Tags: Research, Climate Change Adaptation, Livelihoods, Recovery
Case Study
Case study: Living on the river bank
04 Nov 2014
Climate change has made it increasingly difficult to predict when the river will overflow and force the families in the neighborhood to leave their homes. While in the past, floods used to strictly obey the circulation of the two seasons − rain...
Tags: Case Study, Climate Change Adaptation, Flood