Skip to content
A level up. Review of the disaster risk management programme and needs assessment in Gaibandha district, Bangladesh 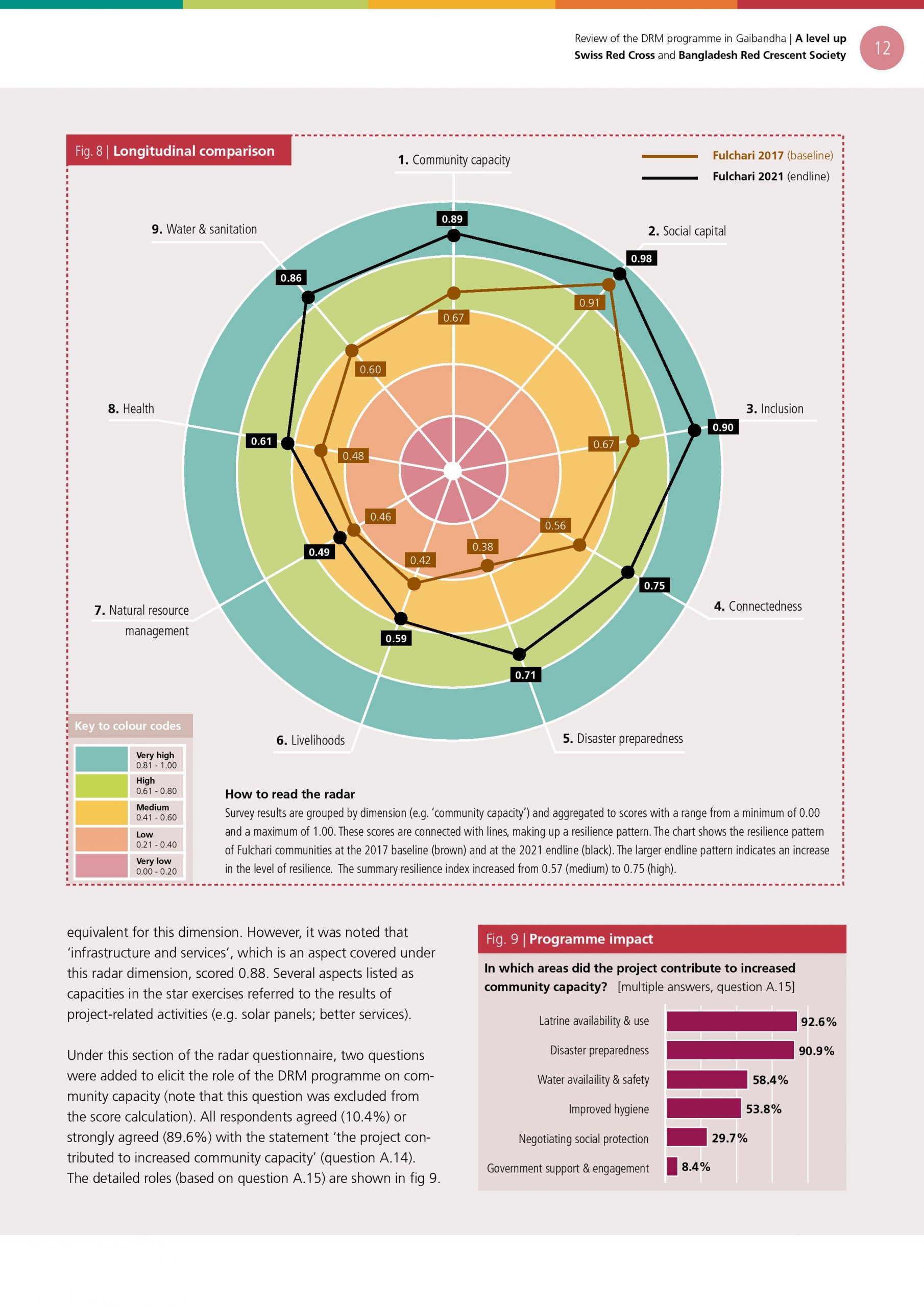 Can we measure community resilience as part of base- and endline surveys? Yes, we can — and it’s not even that hard. This new report for Swiss Red Cross (SRC) is the based on a global first: the first application of resilience radar and resilience star as part of a longitudinal comparison.

Its findings are impressive: the review of a four-year disaster risk management (DRM) programme by SRC and Bangladesh Red Crescent Society (BDRCS) in Bangladesh’s north-western district of Gaibandha shows that flood-prone communities have moved ‘a level up’.

The results highlight the effectiveness of the DRM programme: with robust needs assessments, close relationships of trust with communities, and a strong concept to better link communities with authorities and government agencies, the project team succeeded in elevating resilience. The report highlights numerous technical achievements, such as the making latrine coverage (99.2%, up from 56.1%) and the reach of early warning systems (97.5%, up from 61.1%) almost universal.

Considering implications for wider resilience programming, the team’s approach to connectedness is particularly strong: it successfully promoted participation in democratic engagement processes as well as the utilisation of government social safety nets (recipients of benefits more than doubled). Institutionally, it improved both vertical and horizontal linkages – demonstrating promising potential of a broader role of Red Cross/Red Crescent branches in accompanying, connecting and enabling communities towards raised resilience. 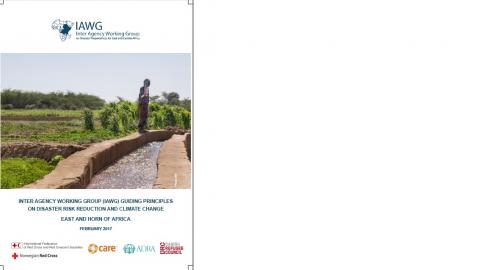 Inter-Agency Working Group (IAWG) Guiding principles on disaster risk reduction and climate change: East and Horn of Africa
11 May 2017
This study aims to provide useful recommendations on how to harmonize and boost up the progress that the humanitarian and development actors are trying to achieve in strengthening disaster risk reduction and climate change adaptation among vulnerable...
Tags: Research, Early Warning Systems, Resilience
Report
Community Impact Study of International Youth Preparedness Program – The Pillowcase Project
07 Mar 2019
The Pillowcase Project is a school-based disaster preparedness education program first implemented in the wake of Hurricane Katrina in 2005 by American Red Cross volunteers in Louisiana, before being rolled out in 7 countries across the world. Origin...
Tags: Report, Youth Preparedness
Report
The Safe Cities Index 2015- The Economist
17 Mar 2015
The Safe Cities Index 2015 is an Economist Intelligence Unit (EIU) report based on an index composed of more than 40 quantitative and qualitative indicators. Urban safety is a critical issue that is set to become even more important over time.  S...
Tags: Report, Resilience