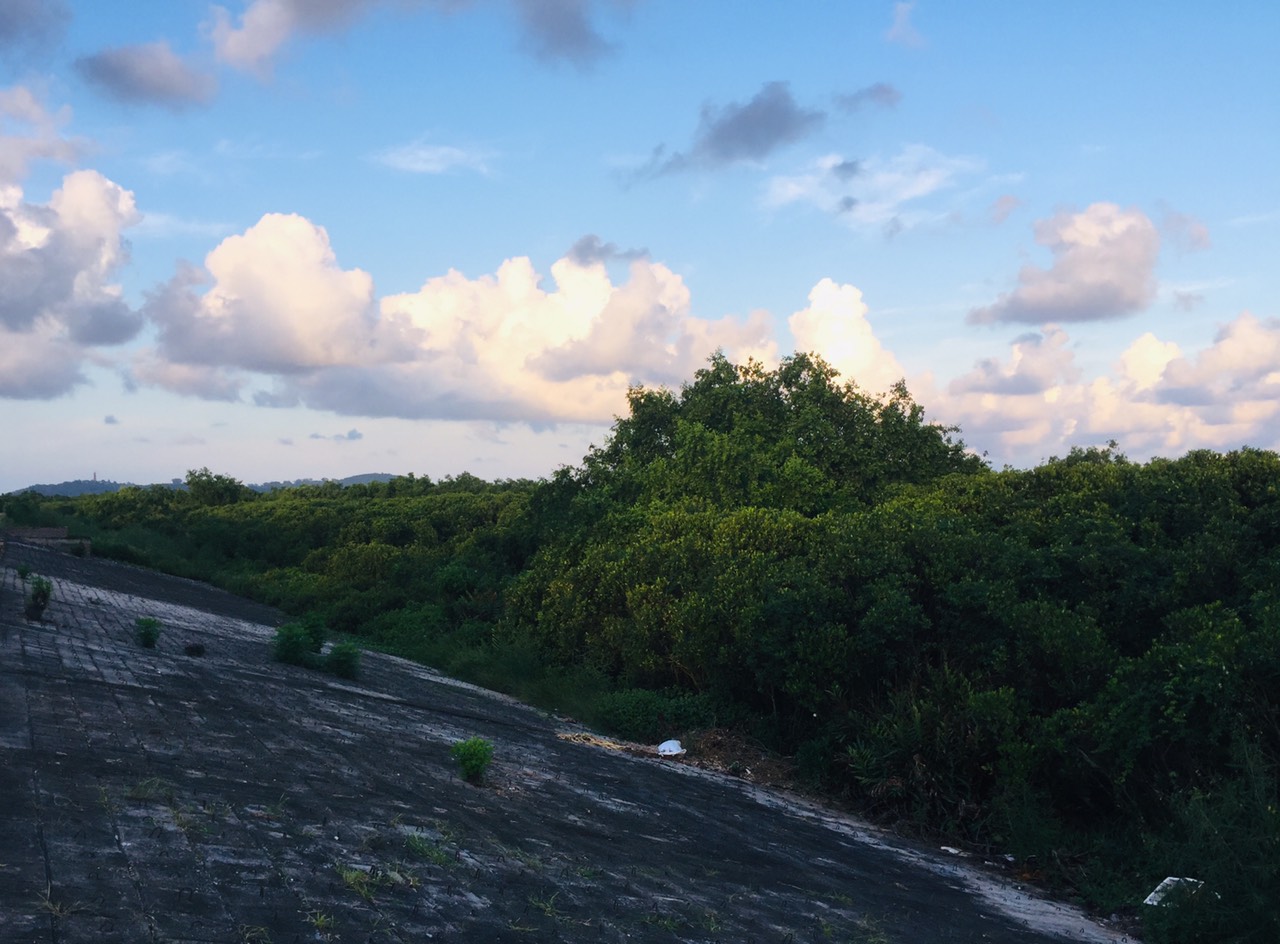 Vietnam is particularly vulnerable to coastal hazards, including typhoons, storm surges, sea-level rise and flooding, and is ranked among the most affected countries by extreme weather events, both in terms of fatalities and economic losses.2 Massive conversion of coastal mangroves into rice fields and aquaculture areas from 1980 to 1990 increased the exposure of coastal infrastructure and livelihoods to typhoons and storm surges. Sea dykes, aquaculture, and rice farming along the coastline were damaged and lost as a result. During this period, sea dykes made of soil suffered many broken sections resulting in seawater intrusion into rice fields and aquaculture areas.

The Vietnam Red Cross (VNRC) launched a mangrove restoration initiative to address the loss of coastal protection, planting thousands of hectares of mangroves.

The mangrove restoration project started in 1994 to safeguard sea dykes, reduce flooding risk and protect livelihoods. The project began as a pilot in five communities in Thai Binh province and focused on planting mangroves. Following initial successes, the VNRC scaled up the initiative to include over 100 communities in seven additional coastal provinces. They also added a capacity-building component to strengthen community disaster risk reduction, including vulnerability and capacity assessments, planning small infrastructure disaster risk reduction works, training disaster response teams, and awareness-raising with children and teachers at schools in 222 communities.

The project covers thousands of hectares of mangroves, which provide coastal protection and contribute to community livelihoods and climate change mitigation.

The VNRC and communities have planted and protected mangroves in nearly 100 coastal communities, covering an estimated 9,000 hectares. From 1999 to 2013, the mangrove area in Vietnam increased by about 6.4%, partly due to the VNRC project. The project successfully protects sea dykes from storm surges and typhoons, resulting in direct benefits to 350,000 people and indirect benefits to another 2 million. For example, a comparison of damages caused by similar typhoons before and after the project found a reduction of US $96,371 (without expected damage by typhoons) to US$ 355,368 (with expected damage from typhoons) per year. The project provided additional socio-economic and ecological benefits. In each commune where mangroves exist, about 150-250 people rely on the forest for their daily livelihoods, collecting aquaculture and non-timber products. The project has increased aquaculture product yields by more than 200%. The project also contributes to climate mitigation, with the value of the minimum estimated CO2 emissions absorbed by the planted mangroves estimated to stand at US $218 million between 1997 and 2025.

The involvement of the local community, in particular women and children, was a critical dimension of the project design.

The project engaged the most vulnerable people in planting, protecting and restoring the mangroves, including the poorest people, community members who depend on mangroves for their livelihoods, and women. Community members who participated in planting mangroves could earn an allowance of US $20 per hectare. The project also engaged school children, conducting awareness-raising sessions on the importance of mangroves through kick-off events for mangrove planting season to enhance their knowledge, awareness and responsibility in forest restoration. The school children then conducted their own awareness-raising activities, with around 300 schools taking part.

Vietnam is turning the impossible, into the ordinary
By Global Disaster Preparedness Center
Obstacles in daily life and especially in crises, are shared by all. With its countless mountains an...