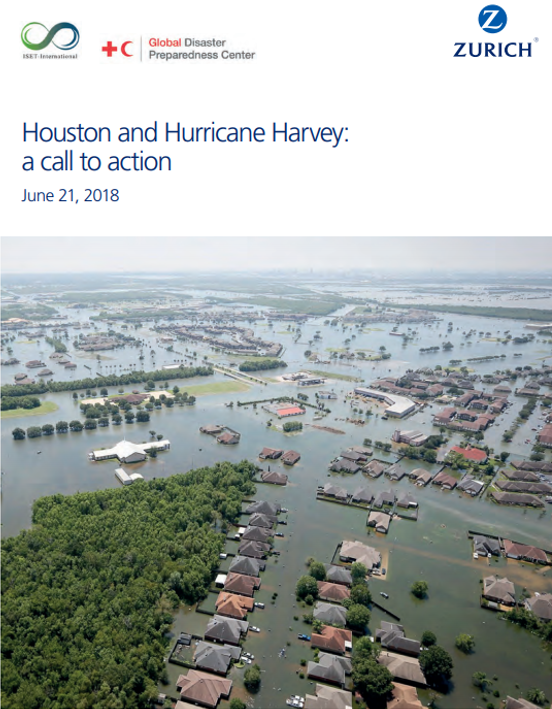 Houston and Hurricane Harvey: a call to action
29 Jun 2018
This study – written by ISET-International, in collaboration with Zurich Insurance Group, and the Global Disaster Preparedness Center looks in detail at the Houston floods that resulted from Hurricane Harvey.  Based on interviews with impacted ho...
Tags: Report, Early Warning Systems, Hurricane / Typhoon / Cyclone, Urban Risk Reduction